Below is an historical account written by my father Omar Amini on the occassion of the 34th anniversary of the establishment of Radio Dengi Kurdistan. A radio station which has had great impact during many years of guerilla warfare against the iranian military and a historical period in Kurdish history starting after the fall of the Shah of Iran, a radio station of many which he played a central role in founding.

After the revolution of the peoples of Iran and revival of political awareness together with the opportunity for free political expression in Iran and especially in Kurdistan, the seeds once planted by the great Qazi Mihemed in Chiwarchira square in Mahabad, had strengthened its roots. With the force that had been built up during the past 30 years, these roots sprung above the surface during these tumultuous times and manifested its force in the region, first as a delicate plant and later tall and regal with majestic branches spread out.

A destructive war that would come to be known as the “Three Month War” started throughout Kurdistan but was heroically resisted by the brave people of Kurdistan and the untiring struggle of the Peshmergas of the PDKI. The daring efforts of the people and the Peshmerga forces led to an end to the war and the declaration of a cease fire by the Iranian military as well as dialogue between representatives of the people and regime forces. It would soon become clear however that this was no attempt at peace making from the Iranian side but merely a halt in military operations while regrouping and repositioning the forces. After the experiences of the Three Month War and the subsequent peacemaking efforts which did not bear any positive results, the PDKI gathered the Peshmerga forces and prepared them for an extensive revolution.

A modern and proper propaganda unit was needed for the developing revolution and the political work ahead. The leadership of the PDKI thus decided to establish a radio channel as a counter voice in the revolution and to both reveal the propaganda spread by the regime forces but also make sure truthful information relating to the ongoing war would reach the Kurdish population in the region. The historic decision was taken in 1979.

The Kurdish revolutionary with Azeri background the late Reza Xeyati, known as Engineer Xeyati, and I were given this important mission and so this esteemed and important radio station was built and moved on the backs of and with the tireless help of the villagers in the Sershaxan region and the attributed Peshmergas from the village of Ligbin through the valley of Babekrawe and was finally placed in a cave near the village of Keli Sershaxan in the valley. On 6 November 1979 I proudly started the very first test broadcast of “This is the Radio Voice of Kurdistan” with the songs of late Kurdish singer Mohammed Mamle.

Sershaxan and Babekrawe village was located in a very rough terrain and transport was problematic leading to difficulties transporting necessities for the radio station. Had it not been for the weekly attention of K. Sh and S. Agha as well as the late commander Seyid Rasoli Deqan, who was known as Seyid Resuli Babigewre, may he rest in peace, life in the valley would not have been bearable or even possible. Therefore merely two months after arriving at Babekrawe Valley, the decision to move the radio station reached me.

Also this time around, a great number of tireless volunteers arrived to help us. The people of Ligbin and Sershaxan came together and with the use of home woven rope and strong wood, every single item was moved by hand and on the strong shoulders of the helpful villagers. This time we moved to the Lacan region and Kelekokey Sere and made the green and heroic lands of Lacan the home of the radio station. 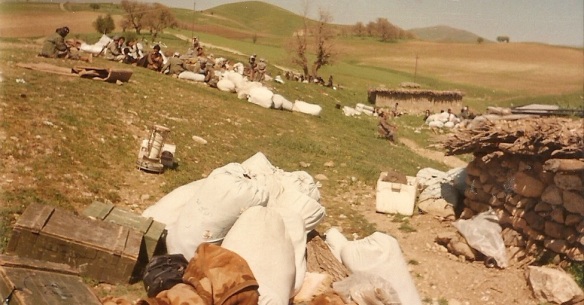 Despite the fact that the majority of the force of the PDKI was located elsewhere in the cities and the villages, my colleagues and I proudly took on the task of protecting the radio station and our newly started test broadcast and continued our work, being far away from all sorts of settlement and human life.

While I was busy with my duties as a Peshmerga and while continuing to develop the work of the radio station, the situation in Kurdistan had turned even more tumultuous and there were talks of the situation “exploding” any day now. Subsequently the different units and logistical groups within the PDKI started to relocate in the remote villages outside of the cities while the situation turned more and grim with each new day. It was during these procedures that the PDKI was labeled an illegal organisation by the Iranian state in an effort to halt the growing Kurdish revolution. Within the same period different groupings formed within the party which aimed at dividing the PDKI and regrouping independently. In the midst of all these events, the news of relocating the radio station reached me once again. My colleagues and I moved the broadcasting equipment of the radio station yet again, some of it by car, but most by foot and on our shoulders and backs, including the now full storage rooms, and began our journey for the third location.

This time around we headed towards the green plateaus of the region of Qelaty Shay and the Shexan Valley, opposite the village of Shexan, in the high plateau behind Hesenchep village under a hill. In houses built on stone foundations, with mice and snakes and scorpions as our only neighbours, we slowly settled in.

Setting up the antenna

The selection of locations where the radio station was settled as well as security and appearance of buildings and houses built in these places was all done according to the plans and knowledge of Seyid Rasoli Babi Gawre.  It was here, that is Shexan Valley, we thought we would  remain permanently, or at least for a long time to come and so we started to settle in properly. It was also here that we, with the participation of late Dr Qassemlou and late Dr Seyid  as well as the Peshmergas of the PDKI, started the official broadcast of the radio station on 17th of June 1980 with our first radio program under the name of  “This is the voice of Iranian Kurdistan”. It has now been 34 years since that day and the sound of the radio is today still reaching the ears of the people of Kurdistan with news and information about the situation in the region but now under two different names; “This is the voice of Kurdistan” and “This is the voice of Iranian Kurdistan” respectively, but still with the aim of setting the record straight about the constant lies and propaganda spread by the Islamic regime of Iran.

This was a very short piece on the most basic events leading up to the establishment of this very important and revolutionary radio station during a historic period for the Kurdish people, prepared for the 34th anniversary of its establishment. There is however much more to be told and remembered in relation to the radio station and the work put in to make the broadcasts possible such as the unselfish acts of volunteers working day and night and the heroism of people making it all possible once upon a time.

I hereby congratulate Radio Dengi Kurdistan on the 34th anniversary of its establishment and hope to see it strive and continue to be successful for the future!

Help us out with a contribution to Kurdistan Commentary 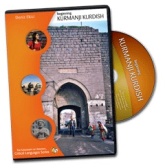